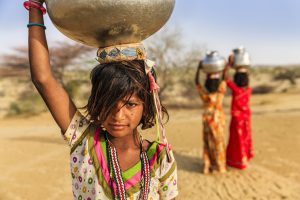 USCIB President and CEO Peter M Robinson, who also serves as regional vice president for North America for the International Organization of Employers (IOE), advocated on behalf of IOE during several employer-organized side-events, including the launch of the Equal Pay International Coalition (EPIC).

EPIC is a strategic multi-stakeholder partnership founded by the International Labor Organization (ILO), UN Women and the Organization for Economic Cooperation and Development (OECD) to assist UN Member States in achieving the UN Sustainable Development Goals (SDG’s), specifically those that promote gender equality and women’s empowerment.

Robinson spoke on a panel on “Drawing top talent for innovation and growth at leading businesses through equal pay policies”, alongside business leaders from IKEA, Accenture, Barclay’s, GAP and Catalyst. Robinson emphasized the compelling business and economic case for unleashing women’s skills and talents and empowering women to enjoy equal access to job opportunities and career advancement. Rather than increasing regulation and legislation, Robinson pointed out that solutions for closing gender parity gaps include a better understanding of the barriers behind such gaps, with cultural and legal barriers differing widely among countries.

“The IOE, with its global membership, is well positioned to help in this regard in both education and advocacy: it is able to share and leverage the experiences of its membership in providing practical services to members and in informing and advising governments and international organizations on policy actions,” said Robinson.

Robinson also represented employers at an Alliance 8.7 launch of the ILO’s Modern Slavery and Child Labor Global Estimates where he provided insight on the position of employers with regards to child labor and forced labor on the high-level panel, “Harnessing the numbers to accelerate eradication.” In his remarks, Robinson emphasized the continued dedication of employers to eradicate child labor and forced labor, noting the importance of collaboration between governments and the private sector, especially given the complexity of today’s global supply chains.

“While the primary responsibility lies with governments, as the crucial eradication factor, to establish and enforce national labor laws, business also has a desire and responsibility to do what it can to respect and follow those laws and looks forward to working with governments and other civil society actors in the shared fight to eliminate child and forced labor,” said Robinson.