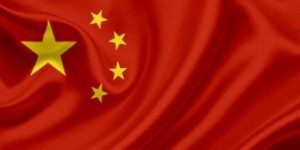 Ahead of the U.S.-China Strategic Economic Dialogue which took place in Beijing on June 6-7 convening high-level officials to discuss trade, finance, security and the environment, USCIB and other business organizations sent a letter to the China Insurance Regulatory Commission citing concerns with China’s proposed technology regulations (“Provisions”).

“If adopted as currently drafted, however, the Provisions would create unnecessary obstacles to international trade and likely to constitute a means of arbitrary or unjustifiable discrimination against producers and service providers in countries where the same conditions prevail,” USCIB and others stated in the letter. “As a consequence, we have concerns that the Provisions could constitute an unnecessary obstacle to international trade.”

The business community asked China to postpone the adoption of the Provisions to allow for further stakeholder input, and to ensure that China’s cybersecurity regulations avoid unnecessary commercial disruptions.

Additionally, on June 13 the United States and other World Trade Organization members expressed concerns about proposed Chinese insurance regulations that they claim favor home-grown technologies over those of foreign producers.

This entry was posted in Competitiveness and Innovation, News Stories and tagged China, Information Communications and Technology.
Modified on June 13, 2016
Posted on June 10, 2016