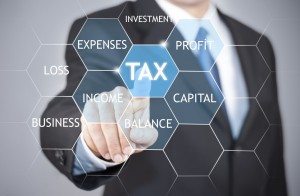 Doran Klein weighed in by providing her perspective on the future of BEAT (Base-Erosion and Anti-Abuse Tax), an anti-avoidance measure that targets multinational groups with a significant U.S. presence, effectively applying a 10 percent minimum tax for taxable income adjusted for certain types of payments made by U.S. corporations to related non-U.S. corporations.

In her interview for the report, Doran Klein noted that the BEAT does not respect the arm’s length standard for transfer pricing, which is the internationally accepted principle in the OECD Model Tax Convention (the guidance underpinning the bilateral tax treaties of OECD members), or advance pricing agreements (APAs).

“One might argue that BEAT would violate existing principles because it doesn’t matter whether you have an APA or whether the payment is otherwise considered to be arm’s length, BEAT would effectively disallow a share of the deduction,” said Doran Klein. “However, the U.S. government could argue that it’s no longer clear whether the international accepted standard should take into account the arm’s length nature of the payments because Action 4 of the BEPS Action Plan concerning limitations on the deductibility of interest payments doesn’t actually rely on the arm’s length principle.”