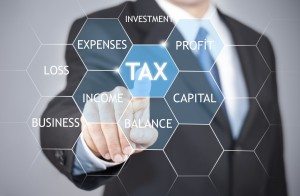 USCIB’s vice president for taxation policy, Carol Doran Klein, was quoted extensively in a November 30 Bloomberg BNA article on the OECD’s multilateral tax treaty, known as the Multilateral Convention to Implement Tax Treaty-Related Measures to Prevent Base Erosion and Profit Shifting. According to Doran Klein, while many countries are likely to sign on to parts of the treaty, it is unlikely the U.S. will sign on mainly because the multilateral instrument (MLI) “does not have a lot to offer the U.S. Many of the provisions are variations on treaty policies that the U.S. has been implementing for decades.”

Regarding effect on business, Doran Klein said it will be a challenge for companies and their advisers to analyze the changes made by the MLI to individual bilateral treaties. “This is actually a huge issue, because it may be difficult to work through exactly what the new treaty language is.” Doran Klein said she is worried that the tax treaty area will wind up like the trade area. The trade agreements are very difficult to read and understand, because they refer back to other agreements for basic principles. “I believe that the reason they do that is they do not want to open up the fundamentals of the old agreements to complete renegotiation, but it is therefore extremely difficult to understand the obligations.”