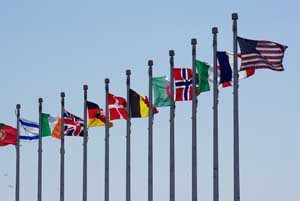 ISDS, a legal instrument that allows investors to use dispute settlement proceedings against foreign governments, has been mischaracterized and politicized by trade opponents. USCIB and other business groups have advocated for strong investor protections in U.S. trade agreements, which promote greater opportunities for American businesses and workers in the global economy.

“ISDS is a strong enforcement tool that helps ensure that American businesses and their workers will be treated fairly overseas,” wrote USCIB and 61 other business organizations in a letter sent to Congress today. “This mechanism is an essential part of high-standard U.S. trade and investment agreements and should remain a high priority trade negotiating objective in the renewal of Trade Promotion Authority.”

The letter’s signatories represent millions of companies of all sizes from every major sector of the American economy. The letter notes that dispute settlement is necessary for protecting American companies’ foreign investments, and it points out that ISDS panels only enforce international commitments to which each country has voluntarily agreed; ISDS panels cannot overturn any country’s laws or regulations.

USCIB has been working with member companies and other trade associations to highlight the benefits of strong investor protections in TPA and in America’s on-going trade agreements, including the Trans-Atlantic Trade and Investment Partnership (TTIP) with the European Union, and the Trans-Pacific Partnership with Pacific-rim countries. USCIB also partnered with Bloomberg last week to convene a timely conference on the benefits of TPP, bringing together key players in the global trade and investment debate.

This entry was posted in Growth, Jobs and Open Markets, News Stories and tagged Trade and Investment.
Modified on April 27, 2015
Posted on April 21, 2015