After five years of service, Grant Hanessian hands over the role and is appointed Chair of the group’s newly created Amicus Subcommittee 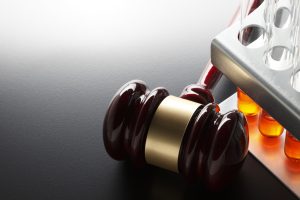 New York, N.Y., July 31, 2020 – The United States Council for International Business (USCIB), the U.S. affiliate of several global business organizations, including the International Chamber of Commerce (ICC), announced today the appointment of Peter Sherwin as Chair of its Arbitration Committee. Sherwin, who is also head of the International Arbitration Group at Proskauer, has been a USCIB member since 2007 and will succeed Grant Hanessian, who served as chair since 2015.

“It has been an honor to have served as chair of USCIB’s Arbitration Committee,” said Hanessian. “I am incredibly proud of our accomplishments these last five years. We have become a true partner for the ICC in the U.S., and I am confident in the Committee’s future under Peter’s leadership as it continues to grow and expand our impact in the U.S. market.”

Sherwin is a partner in the Litigation Department at Proskauer and head of its International Arbitration Group. Sherwin was resident in the firm’s Paris office for several years, and, while his practice focuses on acting as counsel, he also regularly serves as an arbitrator.

“I am honored to have been appointed as the Chair of this dynamic group,” said Sherwin. “I look forward to leveraging our strategic network of companies and practitioners who are united in the desire to promote the use of arbitration and ADR in resolving international business disputes. I also look forward to working closely with Nancy Thevenin, USCIB’s general counsel, who assists in managing the group, Marek Krasula, the ICC director for Arbitration and ADR for North America, and our experienced and dedicated members.”

USCIB President and CEO Peter Robinson added: “We are grateful to Grant for his dedication and leadership, which has improved the function of our Arbitration Committee. We are equally excited for what the future holds under Peter’s leadership. Peter brings a wealth of experience to our organization, which will be critical to our ability to scale and meet the growing demand of U.S. users for ICC’s dispute resolution services and products.”

About USCIB:USCIB promotes open markets, competitiveness and innovation, sustainable development and corporate responsibility, supported by international engagement and regulatory coherence. Its members include U.S.-based global companies and professional services firms from every sector of our economy, with operations in every region of the world. As the U.S. affiliate of the International Chamber of Commerce, the International Organization of Employers and Business at OECD, USCIB provides business views to policy makers and regulatory authorities worldwide, and works to facilitate international trade and investment. More information is available at www.uscib.org.