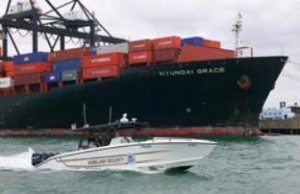 Washington D.C., February 20, 2014 – The United States Council for International Business (USCIB) was pleased to see an executive order from President Obama released on February 19, 2014 that will simplify the export/import process for America’s businesses by streamlining the flow of goods across borders. The order is timely as it comes on the heels of the historic World Trade Organization Trade Facilitation Agreement, in whose negotiation the U.S. played an integral role. The Trade Facilitation Agreement is a binding commitment that will precipitate quicker movement, release and clearance of goods between WTO member countries.

The Executive Order mandates the completion of an International Trade Data System (ITDS), a system that streamlines the way executive departments and agencies interact with traders, by the end of 2016. ITDS will reduce paperwork for U.S. companies in global markets and will help create new jobs at home and abroad for Americans.

“We applaud the president for issuing this executive order, which promotes job creation and paves the way for further trade facilitation,” USCIB President and CEO Peter Robinson said. “In light of the WTO’s recent Trade Facilitation Agreement, we believe this action demonstrates the U.S.’ continued commitment to harmonizing the trade process and to leading the effort to implement twenty-first century changes. The executive order cuts through red tape which will allow U.S. business to be more successful in global markets.”

The executive order also creates an opportunity for Congress to pass Customs Reauthorization language that will further simplify and update customs procedures which helps American business at home and abroad. Bipartisan language was introduced in the House and Senate last year. By passing this legislation, it will further demonstrate our leadership in implementing the agreement and will set global standards that strengthen communication and transparency throughout the global customs process.

This entry was posted in Press Release. Bookmark the permalink.
Posted on February 20, 2014