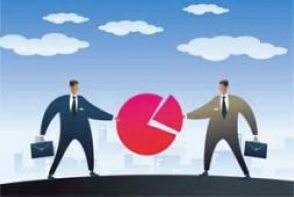 “The UK’s proposal jumps the gun on ongoing discussions concerning the scope of taxation rights on non-resident companies,” said USCIB Vice President and International Tax Counsel Carol Doran Klein. “USCIB believes that the UK’s unilateral assertion of the right to tax so-called diverted profits is an undisguised attempt to bring more tax revenue into the UK, whether consistent with international norms or not.”

Klein said the UK move would undercut discussions in the 34-nation Organization for Economic Cooperation and Development (OECD) to develop rules on base erosion and profit shifting (BEPS). The BEPS project, which seeks to address growing concerns over non-taxation of certain cross-border operations and transactions by multinational firms, is examining a wide range of international tax rules, including those on permanent establishment.

“The goal of the multilateral discussions on BEPS is to reach consensus solutions to identified international tax issues,” Klein stated. “Unilateral assertions of taxing jurisdiction by any countryincrease the risk that other countries will simply abandon the process and act unilaterally. Such actions increase the likelihood of double taxation on companies, which will have a negative effect on cross-border trade and investment.”

The diverted profits tax PE rule would apply if a non-UK resident is: carrying on activity in the UK in connection with supplies of goods or services made by the non-resident company to customers in the UK without becoming subject to the UK corporate income tax;the UK tax authorities believe the non-resident is deliberately trying to avoid PE status; the non-resident’s total tax is reduced; and the company is large (sales of more than 10 million pounds in the UK).

This proposal would greatly expand UK taxing rights of non-resident companies that currently do not have sufficient presence in the UK to be subject to the regular corporate income tax, according to Klein. “Because the diverted profits tax applies when a UK nonresident does not have a PE and is imposed at a higher rate, companies will be encouraged to increase their UK presence to become subject to the regular corporate income tax,” she said. “That is, they would increase investment within the UK to pay more tax at the regular rate or pay the diverted profits tax at the higher rate on profits that will be subjectively determined by HMRC. That’s the Catch-22. “

Klein said the proposal would clearly override existing tax treaties and cause harmful double taxation. “It is intended to apply when there is no PE under the relevant rules,” she said. “Companies should be free to structure their affairs taking into account the rules as they are. If they do not have a PE under those rules, then they should not be subject to tax on their business profits. Countries should not be able to disregard agreed-upon rules simply because they do not like the outcome.

USCIB promotes open markets, competitiveness and innovation, sustainable development and corporate responsibility, supported by international engagement and regulatory coherence. Its members include U.S.-based global companies and professional services firms from every sector of our economy, with operations in every region of the world. With a unique global network encompassing the International Chamber of Commerce, the International Organization of Employers and the Business and Industry Advisory Committee to the OECD, USCIB provides business views to policy makers and regulatory authorities worldwide, and works to facilitate international trade and investment. More at www.uscib.org.

This entry was posted in Competitiveness and Innovation, Growth, Jobs and Open Markets, Press Release and tagged Taxation.
Posted on December 15, 2014