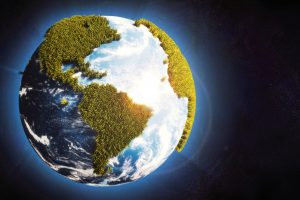 Government delegations continued negotiations of the GBF, a proposed set of over twenty targets pertaining to international cooperative action by governments, business and other key actors to protect and steward biodiversity.

USCIB highlighted the importance of all-of-economy approaches, reflecting opportunities and risks in sustainable use and stewardship of biodiversity and ecosystem services. Since the Post-2020 Global Biodiversity Framework is intended to catalyze a participatory inclusive whole-of-society approach, USCIB will continue to advocate meaningful and substantive engagement for business.

“Looking at new emerging issues for U.S. business relating to this international biodiversity deliberation, we see Digital Sequence Information (DSI) and the sharing of proceeds associated with utilizing this important resource for R&D as an increasingly critical topic,” said Kennedy.

Target 15 addresses business and biodiversity, and USCIB is concerned about additional burdens on business that could be included in the GBF. Proposals under this draft target include calls for stronger requirements for businesses to assess, monitor, disclose and report dependencies and impacts on biodiversity across operations, value chains and portfolios. USCIB is following these developments closely and will provide members with further details on next steps.

USCIB collaborated with colleagues from ICC who were in attendance including Director of Peace and Prosperity Daphne Yong-d’Hervé and Global Policy Manager of Intellectual Property and Innovation Danny Grajales.

While government delegations made some progress in the GBF negotiations, there will be a further meeting of the GBF Group June 21 – 26 in Nairobi, Kenya to continue negotiations before expected adoption at the resumed UN Biodiversity Conference (COP15) in Kunming, China to take place in the third quarter of 2022 with exact dates yet to be decided.