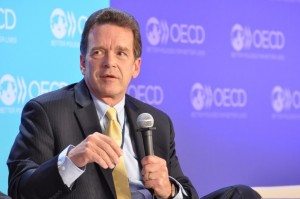 Today’s edition of The New York Times features a letter to the editor from USCIB President and CEO Peter Robinson on UN reform and the need for the United States to continue to play a leading role in the UN system. The letter is available below as well as on the New York Times’s website.

Robinson’s letter responds to U.S. Ambassador Nikki Haley‘s recent comments criticizing the UN Human Rights Commission and other agencies, and comes against the background of recent calls from some in Congress and the Trump administration to defund the UN.

As a longtime participant in United Nations deliberations on behalf of the private sector — which has not always enjoyed a warm welcome in the organization — I think that it is always better to be at the table than to walk away.

For us, this is important because the United Nations and its member governments are looking to business to make important contributions on climate change, human rights and many other challenges.

But I agree with Ambassador Nikki Haley that it is entirely appropriate for the United States, as the world body’s biggest funder, to apply some “tough love.”

In my view, some United Nations agencies, including the Human Rights Council, may need to be reformed so that they align with the expectations of United States taxpayers and better reflect the global consensus in favor of strong protection of human rights.

The writer is president and chief executive of the United States Council for International Business.