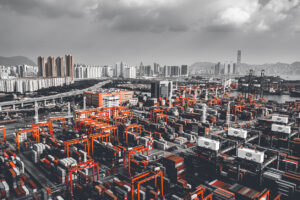 USCIB submitted comments September 15 in response to the U.S. Trade Representatives request for input into China’s compliance with its World Trade Organization (WTO) commitments. The comments covered a wide variety of topics with a focus on intellectual property enforcement, regulation, transparency and standards.

According to USCIB Director for Investment, Trade and China Alice Slayton Clark, USCIB members have significant concerns regarding China’s fulfillment of its WTO obligations in a variety of sectors but also regarding unilateral restrictions and bilateral commitments, like the Phase One trade agreement, that remain unfulfilled.

USCIB members also remain concerned about U.S. tariffs and retaliatory measures imposed as a result of the U.S. Section 301 investigation into China’s forced technology transfer, intellectual property, and innovation policies. The submission stated: While the Phase One deal partially addresses some of these tariffs, much more must be done to restore the ability of U.S. business to compete effectively in the global marketplace. It is essential that the United States develop a robust strategy that does not only rely on the use of punitive tariffs to achieve its objectives with China. Tariffs alone have not changed China’s economic policies to date and, ultimately, tariffs also increase costs for U.S. consumers and businesses.

USCIB urges both countries to utilize, in addition to the WTO, the full range of formal multilateral fora, including Asia-Pacific Economic Cooperation (APEC) Forum and the Organization for Economic Cooperation and Development (OECD), to work toward improved commercial relations. Plurilateral dialogues that include U.S.-friendly jurisdictions such as the European Union, Canada or Australia should also be considered.

“China’s importance in the global economy creates a strong incentive to find ways to promote U.S. interests in a rules-based international trading order; to work with allies to address common challenges with respect to China; and to work together with China to address our common challenges and responsibilities,” said Clark.