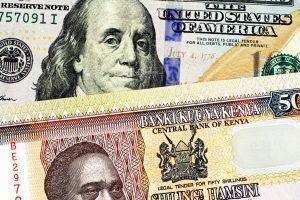 Following the Administration’s recent notice to Congress that it is going to enter into negotiations with the Republic of Kenya for a U.S.-Kenya trade agreement, USCIB submitted comments on April 28 to offer its input on negotiating objectives.

USCIB’s comments offered support for a negotiation of a comprehensive trade agreement with Kenya as part of a broader strategy to open international markets for U.S. companies and remove barriers and unfair trade practices in support of economic growth and job creation.

“We strongly believe that free trade with Kenya is overwhelmingly in the interests of both countries and their global trading partners, provided that the agreement is a high standard and comprehensive bilateral trade and investment agreement,” said USCIB Senior Director for Trade, Investment and Financial Services Eva Hampl.

According to USCIB, reaching an agreement with Kenya is important for the United States because this would be the first trade agreement with a Sub-Saharan African country.

“Beyond Kenya, the Administration should continue ambitions to initiate trade negotiations with other African partners,” added Hampl.

USCIB stressed that a successful trade agreement with Kenya should be negotiated as a single, comprehensive agreement which covers comprehensive market access and national treatment for goods, services, investment and government procurement, and also addresses key rules issues as well.

Beyond Kenya, a high standard U.S.-Kenya FTA could serve as a benchmark for the further negotiation and implementation of the broader African Continental Free Trade Area Agreement (AfCFTA), parts of which entered into force in May 2019, and is viewed as a great step forward for African trade modernization.