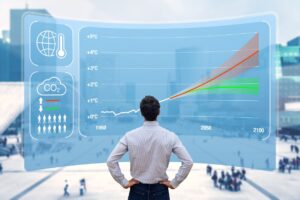 USCIB filed comments on June 17 on a proposed Securities and Exchange Commission (SEC) rule on climate risk disclosure applicable to public companies. USCIB Committees on Corporate Responsibility and Labor Affairs, Corporate Governance and Environment all contributed to the development of USCIB’s SEC submission.

USCIB members support enhancing and standardizing climate-related disclosures, with due attention to ensure disclosures are material. In addition, USCIB members have made important commitments and are mobilizing action and investment to reduce GHGs and plan for near- and long-term risks, including those due to climate change.

The far-reaching proposed SEC rule has implications far beyond disclosure, according to USCIB Senior Vice President for Policy and Global Strategy Norine Kennedy. “The proposed rule will significantly impact private sector climate change planning and management practices in a variety of ways, including how companies oversee, manage, assess and mitigate climate risk and impacts of climate change, the data companies collect as well as how companies assess and validate that data,” stressed Kennedy.

USCIB comments concentrated on five priority areas in the proposed rule as especially relevant to American companies across a wide range of sectors doing business in the global marketplace:

“The five areas indicated are significant considerations for the effectiveness of the proposed Rule, and if not addressed, would entail substantial costs and other burdens for U.S. business, while confusing investors with copious, non-material information,” added Kennedy. “Clarification and revision in these areas would benefit the viability of the proposed rule, while reducing unnecessary burdens on U.S. companies.”