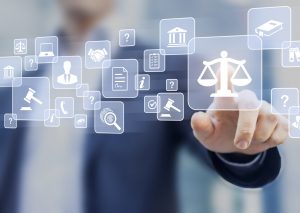 “The off-the-record exchange included an update on antitrust enforcement in the time of COVID-19, as well as on recent cases, and the recent Draft Vertical Merger Guidelines, to which USCIB provided comments,” noted USCIB Senior Director for Trade, Investment and Financial Services.

Another issue of interest to members was the technology task force the FTC created in February 2019, which has since then been converted into a “Technology Enforcement Division” (TED) that now has 25 FTEs. The TED was created to monitor competition and investigate potential anticompetitive conduct in markets in which digital technology is an important dimension of competition.

Following the exchange with the government official, the Committee received an update from John Taladay (Baker Botts), chair of the Business at OECD Competition Committee on the upcoming OECD Competition Committee meetings in June. Lisa Kimmel (Crowell & Moring), also provided a summary of USCIB comments on the Department of Justine (DOJ)/FTC Draft Vertical Merger Guidelines, and Eileen Cole (White & Case) provided an update on the recent hearing of the 1-800 Contacts case, for which USCIB submitted an amicus brief, urging the reversal of the FTC ruling.