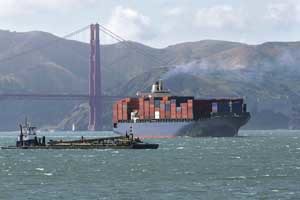 USCIB staff were active on the margins of the 14th Negotiating Round of the Trans-Pacific Partnership (TPP), held September 6 to 15 in Leesburg, Virginia.  Parties to the TPP – which currently encompasses the United States, Australia, Brunei, Chile, Malaysia, New Zealand, Peru, Singapore and Vietnam – are seeking to negotiate a multilateral pact to liberalize trade and investment across the Pacific region.  At the recent APEC Summit in Vladivostok, leaders from the TPP nations issued a statement expressing confidence that their goal was within reach.

During a “stakeholders day” on September 9, Shaun Donnelly, USCIB’s vice president for investment and financial services made a presentation on “TPP’s Investment Chapter: A Strong Tool for Economic Integration, Growth, and Jobs.”  Donnelly, who co-chair of the TPP Business Coalition’s investment task force, also held informal consultations with negotiators from the United States and other parties, underscoring the importance of a strong TPP investment chapter with binding investor-state dispute settlement provisions.  Both in his formal presentation and in follow-up meetings, Donnelly further stressed industry’s strong support for disciplines to assure a level playing field when private companies compete with state-owned or state-supported enterprises.

Nasim Deylami, USCIB’s manager of customs and trade facilitation, joined executives from USCIB member companies FedEx and Levi Strauss at a meeting with the nine chief negotiators on potential public-private partnerships on capacity building for the TPP economies. Deylami made a presentation on existing trade facilitation capacity building initiatives in APEC. The meeting, led by the Center for Strategic and International Studies, also drew participation from the U.S. Chamber of Commerce, Grocery Manufacturers of America, and National Foreign Trade Council.

“Initial indications are that, with a lot of hard work by U.S. and other government negotiators, good progress was made in several key TPP chapters,” commented Donnelly.  “But a comprehensive TPP agreement still remains a ways off, and is not a sure thing.  USCIB and the U.S. business community continue to press our government and others for a ‘gold standard’ agreement to address the trade and investment challenges of the 21st century – one that is ambitious, comprehensive and enforceable.”

With Canada and Mexico officially joining the negotiating process in October, the TPP now grows to 11 participating countries.  The next formal negotiating round is slated for December 3-12 in Auckland, New Zealand.

This entry was posted in Growth, Jobs and Open Markets, Latest from USCIB, Trans-Pacific Partnership and tagged Customs and Trade Facilitation, Trade and Investment.
Modified on November 8, 2016
Posted on September 17, 2012