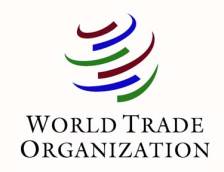 Washington, D.C., July 31, 2014 – The United States Council for International Business (USCIB) expressed dismay at the failure of World Trade Organization members to begin implementing the landmark WTO Trade Facilitation Agreement (TFA). Final agreement on a protocol to implement the TFA was blocked by objections from India and a few other developing countries.

“This is incredibly disappointing, a huge blow to prospects for continued global recovery, most notably in the least-developed countries,” said USCIB Senior Vice President for Policy and Government Affairs Rob Mulligan. “Implementing the TFA could have significantly boosted economic growth by adding $1 trillion to the global economy, and creating as many as 21 million jobs, 18 million of those in developing countries.”

Mulligan added: “This failure undercuts the credibility of the World Trade Organization. It also will put a halt to efforts led by Director General Azevedo to develop a post-Bali work plan for completing the Doha negotiations. We hope the governments can find a way to resurrect the Trade Facilitation Agreement and somehow get the WTO back on track.”

Earlier this week, USCIB President CEO Peter Robinson sent a letter to U.S. Trade Representative Michael Froman expressing deep concern over developments at the WTO. This followed urgent action by the International Chamber of Commerce (ICC) and its global network to highlight the adverse consequences of missing the deadline to implement the TFA, and an appeal to G20 trade ministers by USCIB and other U.S. business groups urging swift implementation of the TFA.

USCIB promotes open markets, competitiveness and innovation, sustainable development and corporate responsibility, supported by international engagement and regulatory coherence. Its members include U.S.-based global companies and professional services firms from every sector of our economy, with operations in every region of the world. With a unique global network encompassing leading international business organizations, including ICC, USCIB provides business views to policy makers and regulatory authorities worldwide, and works to facilitate international trade and investment. More at www.uscib.org.

This entry was posted in Growth, Jobs and Open Markets, Press Release and tagged Customs and Trade Facilitation, Trade and Investment.
Posted on July 31, 2014