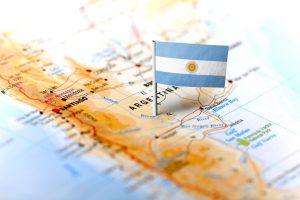 Buenos Aires and New York, December 13, 2017 – The United States Council for International Business (USCIB), which represents America’s most successful global companies, expressed disappointment at the lack of meaningful multilateral progress at the World Trade Organization ministerial that concluded today. But it said that potential new group efforts on electronic commerce and other issues offered some limited hope for the future.

“Expectations for Buenos Aires were low coming in, and unfortunately the results largely lived up to them,” said USCIB President and CEO Peter M. Robinson, who represented USCIB at the ministerial. “The business community, which relies on cross-border trade and investment to help contribute to economic growth and societal well-being around the world, is disappointed. But we do hold out some hope for future progress based on the commitment by large groups of countries in pursuing new agreements.”

On the sidelines of the ministerial, 70 countries, led by Australia, Japan, and Singapore, and including the United States and the European Union, agreed to begin discussions toward negotiations on electronic commerce. USCIB joined the International Chamber of Commerce (ICC), for which it serves as the American national committee, in welcoming the move.

“Today’s statement is a very welcome step forward by governments representing 77 percent of global trade,” said ICC Secretary General John Danilovich. “We firmly believe that with the right global policies in place there is an opportunity to unleash a new era of inclusive trade, one in which all companies – regardless of size, sector or location – can benefit from equal access to the global trading system.”

Separately, ministers from over 60 countries issued a joint statement pledging to pursue negotiations on domestic regulations that limit cross-border trade in services. They also renewed a landmark 1998 moratorium on duties on electronic transmissions.

“Taken together, these results offer some hope for the future, and set a new and positive direction for the WTO,” said Robinson. “We are especially grateful for the persistence and vision of those members that pushed for continued positive movement on e-commerce.”

Robinson continued: “However, the lack of truly meaningful multilateral deliverables is worrisome. Members will need to think long and hard about what kind of WTO they really want – one that simply adjudicates trade disputes and sanctions trade enforcement remedies, or one that expands trade through new, market-opening agreements.”

About USCIB:
USCIB promotes open markets, competitiveness and innovation, sustainable development and corporate responsibility, supported by international engagement and regulatory coherence. Its members include U.S.-based global companies and professional services firms from every sector of our economy, with operations in every region of the world, generating $5 trillion in annual revenues and employing over 11 million people worldwide. As the U.S. affiliate of several leading international business organizations, including ICC, USCIB provides business views to policy makers and regulatory authorities worldwide, and works to facilitate international trade and investment. More information is available at www.uscib.org.