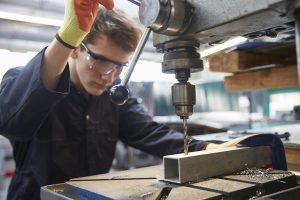 With widespread praise over the value of apprenticeships in lieu of a traditional four-year college experience, President Donald Trump and Labor Secretary Alexander Acosta have launched a series of initiatives that call on Congress to pass reforms expanding apprenticeships and to raise awareness about the viable career paths apprenticeships can offer. Apprenticeships have even become a priority for the B20 and G20 leaders.

Given the role that apprenticeships play in supporting the development of business-ready skills for youth and in realizing goals of inclusive economic growth and an equitable transition to a more sustainable world, The USCIB Foundation, which is the educational and research arm of USCIB, has partnered with Citi and the Global Apprenticeship Network (GAN) to organize a roundtable discussion focused on apprenticeship models and practice in the U.S.

The roundtable will include representatives of approximately 25 companies who are either actively implementing apprenticeship programs or are interested in getting started.  John Ladd, the administrator for the Office of Apprenticeship of the U.S. Department of Labor, will join the meeting.

Our partners in this event include: