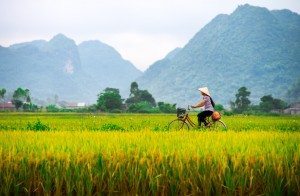 USCIB members are continuing to make the Asia-Pacific Economic Cooperation (APEC) a priority forum in which to engage, as it is key to accelerating regional economic integration as well as promoting balanced, inclusive, sustainable, innovative and secure growth.

To aid private sector engagement, USCIB works with the U.S. APEC business coalition to meet with APEC officials and participate in APEC meetings throughout the year, culminating in the APEC CEO Summit, a meeting of CEOs and leaders from the APEC economies.

To direct and facilitate the work with our members and APEC officials, USCIB has compiled its annual priority issues and recommendations paper, which can be found here. As can be seen in our priorities, USCIB is actively engaged in a number of the APEC issue areas and working groups related to ICT, Chemicals and, Customs and Trade Facilitation.

Megan Giblin, USCIB’s director for Customs and Trade Facilitation will be participating in the APEC Business – Customs Dialogue (ABCD), the APEC Alliance for Supply Chain Connectivity (A2C2) meeting,  moderating the “Streamlining Processes: Addressing Challenges from the Private Sector” panel and speaking on the “Single Window to Facilitate Trade and Economic Competitiveness” panel during the APEC Workshop on Single Windows (e.g., in U.S. ACE), moderating the WTO Trade Facilitation panel “Focus on Transparency: The WTO TFA” during the 2017 APEC Conference on Good Regulatory Practice (GRP), and working with U.S. Customs and Border Protection (U.S. CBP) to present a case study tied to TFA implication during the GRP event. USCIB worked closely with both U.S. CBP and the Office of the U.S. Trade Representative to secure industry speakers and participation for the GRP and Single Window events.

During the closed meeting of the APEC Sub-Committee on Customs Procedures, Giblin will provide an update on the Customs – Chemical Dialogue project. The deliverable for this meeting is delivery of an analysis of country survey results, including common practices at the customs border regarding treatment of industrial chemicals.

Giblin will continue to establish and foster relationships with customs officials from APEC economies as well as members of industry, identifying linkages to the work underway within the USCIB Customs and Trade Facilitation Committee, including, but not limited to, e-commerce, de minimis, and single-window efforts.

The decision was taken earlier this year at SOM 1 to reduce duplication and streamline working groups, to integrate the SCCP Virtual Working Group with the A2C2 given the level of issue overlap. Moving forward the A2C2 will bring together members of the private sector as well as among other departments or agencies, customs officials, from the APEC member economies. Giblin is a member of the A2C2, which is focused on capacity-building efforts and the WTO Trade Facilitation Agreement and its implementation.

“Given the expanded scope of the A2C2 as well as the fact that many of our members are part of the A2C2, I will continue to consider ways to increase industry visibility, engagement and potentially reduce duplicative industry resource or input requests,” noted Giblin.

Giblin will also attend the APEC Chemical Dialogue (CD) meetings on behalf of Mike Michener, USCIB’s vice president of Product Policy and Innovation, to support USCIB members attending the CD-related meetings. The CD serves as a forum for regulatory officials and industry representatives to find solutions to challenges facing the chemical industry in the Asia-Pacific region. It reflects APEC members’ recognition of the importance of engaging with the private sector and building public-private sector dialogue and cooperation for mutual benefit. USCIB members have found this Forum a valuable place to promote their regional business priorities.

Barbara Wanner, USCIB vice president for ICT policy, also will attend the SOM 3 meetings. In particular, Wanner will participate in a special “APEC Public-Private Dialogue on Facilitating MSMEs to Adopt Cross Border E-Commerce,” jointly organized by the Electronic Commerce Steering Group (ECSG) and the Committee on Trade and Investment (CTI), August 18-19. In addition, Wanner will represent member interests at meetings of the ECSG and Data Privacy Subgroup (DPS), August 20-23.  Finally, Wanner will serve as a business observer at the APEC Advertising Standards Conference, August 24.

The Public-Private Dialogue is aimed encouraging greater MSME participation in cross-border e-commerce in the APEC region and beyond. The two-day workshop will focus on sharing information with MSMEs about trade promoting elements of the e-commerce chapters of Regional Trade Agreements (RTAs), such as the Trans-Pacific Partnership (TPP). It also will educate MSMEs on the trade facilitating benefits of certification under APEC’s Cross-Border Privacy Rules (CBPR) system. USCIB has been a long-time supporter of the CBPR, viewing it as a foundation to promote high-level privacy standards while ensuring seamless flows of business information through the APEC region. USCIB members Apple, Cisco, Hewlett Packard Enterprise Company, HP, IBM, and Merck are CBPR-certified.

The DPS meetings likely will feature discussion about the recent approval of South Korea as a CBPR-certified economy – making it the fifth APEC economy in the CBPR system, joining Canada, Japan, Mexico, and the United States. The DPS also will include a special session with representatives of the European Commission and Article 29 Working Party aimed at pursuing greater interoperability between the APEC CBPR and the EU’s General Data Protection Regulation (GDPR) before the latter goes into effect in May 2018. An ECSG draft Strategic Plan, which was tabled by the U.S. Government earlier this year, likely will receive continued focus in the ECSG meetings.

SOM 3 will also include a Workshop on Advertising Self-Regulation. Through participation by USCIB members and ICC representatives at the workshop, USCIB is lending support to the efforts to improve advertising standards throughout the APEC region, and providing input to APEC economies on the use of regulation and self-regulation, including the ICC Marketing Code. The Advertising Standards Conference will devote a session to regulating and monitoring digital advertising, which is expected to include speakers from Google and ICC.