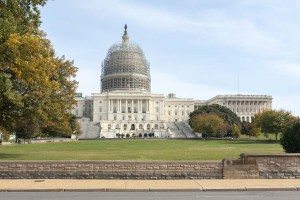 “The United States needs TPA to secure international trade deals that create jobs and increase economic prosperity for all,” said USCIB President and CEO Peter Robinson. “We won’t be able to complete important agreements with Asia, the European Union and other trading partners without TPA. The business community is urging Congress to swiftly pass this legislation.”

USCIB and its member companies have been outspoken advocates for TPA and for an ambitious trade U.S. trade agenda, organizing two high-level policy conferences about the benefits of increased trade and investment: “Exploring New Approaches to Trade, Investment and Jobs” last October with a keynote by USTR Michael Froman, and the Customs & Trade Facilitation Symposium in February with Customs and Border Protection Commissioner Gil Kerlikowske.

As a founding member of the Trade Benefits America Coalition, USCIB also joined with other leading business groups to advocate for passage of TPA and educate the public about how U.S. trade agreements lead to prosperity for all. The coalition has worked with Congress and the Obama administration to build public support for the U.S. trade agenda. In addition, last month Robinson co-authored an Op-Ed in The Hill with former Rep. James Bacchus about the pressing need to pass TPA.

Robinson cited important recent progress on several trade pacts – including the Trans-Pacific Partnership, the Transatlantic Trade and Investment Partnership, and the implementation of the World Trade Organization’s Trade Facilitation Agreement – as adding urgency to the need to re-establish TPA, which every president since FDR has enjoyed.

This entry was posted in Growth, Jobs and Open Markets, Press Release and tagged Trade and Investment.
Modified on April 17, 2015
Posted on April 16, 2015