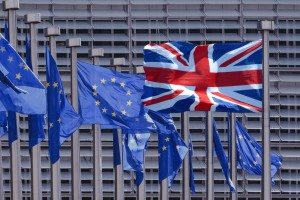 ICC United Kingdom, which serves as the British national committee of the International Chamber of Commerce, was featured in the Financial Times on January 18 in response to British Prime Minister Theresa May’s speech on the UK’s position on Brexit. The article, reprinted below, is also available on the FT’s website.

UK BUSINESS MUST MAKE THE CASE FOR TRADE DURING EXIT TALKS

Sir, Signs that the British government will sacrifice access to the single market during Brexit negotiations are indeed worrying. I find the assertion that “many are now becoming increasingly relaxed about a hard Brexit” (January 17) genuinely concerning. The Brexit negotiations will dictate the future of UK-EU trade relationships, jobs and livelihoods for generations to come.

The UK is one of the largest trading economies in the world, so the impacts will be felt far beyond its and the EU’s borders. Whatever happens, we must all come away with a deal that works for all parties. For business, particularly small and medium-sized enterprises, retaining access to the single market is the best option — keeping red tape, costs and disruption to a minimum. Don’t be conned into thinking the numbers are irrelevant: a 2-3 per cent tariff increase can mean the difference between an SME being successful or going bust. For foreign investors, 2-3 per cent can totally change the business case for investing in the UK. More paperwork means someone has to be paid to fill it in — someone has to pay for that. International businesses do not operate in silos.

UK, EU and non-EU businesses are often intertwined through integrated supply chains that move goods, services and finance across borders. Now is not the time to put up barriers or add costs if we want more trade, jobs and investment. We must all work hard to keep borders open — this is not just a UK priority, but also a G20 priority. Negotiations haven’t even started yet. We need to remain cool headed and must not get comfortable with the idea that the UK will leave the single market. Small businesses need the next best alternative with maximum freedom and minimal red tape. UK business isn’t powerless. We must communicate with the government and electorate, we must loudly make the case for trade, and we must not give up.