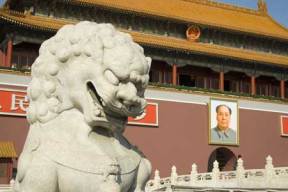 The economic relationship between the United States and China is both vital and complex, and U.S. business holds an important stake in this relationship’s success. China’s emergence as one of the world’s largest economies means that its policies have a direct impact on its trading partners.

American engagement and exchange of best practices with the Chinese government and business community have proven to be a productive approach to addressing both countries’ common challenges and responsibilities.

Since China joined the World Trade Organization in 2001, the United States Trade Representative is required to submit a yearly report to Congress on China’s compliance and commitments to its WTO accession. USCIB submitted a statement to USTR providing member feedback, comments and recommendations on Chinese compliance with WTO commitments.

USCIB commends the U.S. and Chinese governments for positive and consistent work in ongoing bilateral dialogues, as well as the significant efforts China has made since joining the WTO to meet its obligations under the terms of its accession agreement. However, there still remain general WTO obligation compliance concerns. Broad concerns are listed below, excerpted from USCIB’s statement.

Chinese authorities are using a variety of policy tools, which include technology standards, antitrust rules and intellectual property policies to protect and promote Chinese companies. USCIB members urge the U.S. government focus more on this issue and its effects on U.S. companies.

While USCIB members acknowledge improved IPR laws and combating of IPR violations in China, there continue to be major concerns across industry sectors such as in audiovisual, software, agricultural biotechnology and chemicals. USCIB members urge the U.S. to continue to press for increased protection of IPR through better coordination and enforcement by Chinese authorities.

USCIB members continue to call on China to abide by their WTO commitments of national treatment and non-discrimination and ensure a competitive market that allows for foreign business participation.

As they increasingly compete with Chinese SOEs, both in China, third markets and in the United States, companies believe that it is critical that the U.S. government use all available tools in dialogues with China and in other forums to press for level playing fields as they compete with these entities globally.

This entry was posted in Growth, Jobs and Open Markets, Latest from USCIB, Policy Positions and Statements and tagged China.
Posted on September 30, 2014