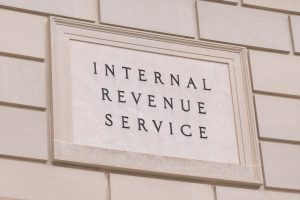 USCIB joined a coalition of over a dozen other trade associations to submit a letter to the IRS Large Business and International Division, opposing the proposal to declare Revenue Procedure 94-69 (“Rev. Proc. 94-69”) obsolete. According to the letter, under §6662, the general rule is a taxpayer has until the time the taxpayer is first contacted by the IRS and notified that a tax return is under examination to submit an amended tax return or make other adequate disclosures of errors on their originally filed tax return.

The letter states, “Rev. Proc. 94-69 allows taxpayers who are under continuous audit to avoid the imposition of certain penalties by submitting a written statement within 15-days after receipt of an information request from the IRS, describing all items that would result in adjustments if the taxpayer were to file a properly completed amended return. Pursuant to Rev. Proc. 94-69, such written statements are treated as qualified amended returns.”

The letter goes on to give additional reasons Rev. Proc. 94-69 should not be declared obsolete:

Additionally, now is not an appropriate time to abandon the revenue procedure that has been in place and has been working well for over 35 years. The Tax Cuts and Jobs Act (“Act”) caused a sea change in many elements of the Internal Revenue Code and the IRS and Treasury continue to release guidance on these changes almost three years later. Taxpayers continue to digest the myriad changes to the tax laws and, because of the lag between the passage of the Act and the release of published guidance, taxpayers may not have filed their original returns in line with current guidance. For this reason alone, Rev. Proc. 94-69 is not yet obsolete.

The letter closes by urging the IRS to both retain and expand the eligibility for use of Rev. Proc. 94-69.

The letter can be found in full here.