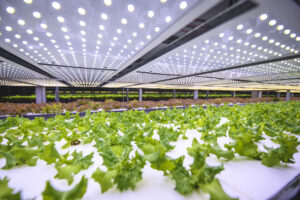 United Nations Secretary-General Antonio Guterres convened a Food Systems Summit during the UN General Assembly (UNGA76) on September 23. The Summit launched bold new actions as part of the UN’s Decade of Action to achieve the Sustainable Development Goals (SDGs). According to USCIB Senior Vice President Brian Lowry, the goal of the Food Systems Summit was to transform the way the world produces, consumes and thinks about food within the context of the 2030 Agenda for Sustainable Development in order to meet the challenges of poverty, food security, malnutrition, population growth, climate change and natural resource degradation.

The U.S. government supported the UN Food Systems Summit and participated through the U.S. Department of Agriculture, led by Secretary of Agriculture Tom Vilsack. Recognizing that sustainable productivity growth and climate-smart agriculture are essential to sustainable food systems, the United States announced the formation of a global Coalition of Action on Sustainable Productivity Growth for Food Security and Resource Conservation (the SPG Coalition). The coalition will accelerate the transition to more sustainable food systems through agricultural productivity growth that optimizes sustainability across social, economic and environmental dimensions. The coalition will advance a holistic approach to productivity growth that considers impacts and tradeoffs among multiple objectives. USCIB is part of the SPG Coalition.

“USCIB proudly joins an influential group of companies and industry associations such as the Agricultural Retailers Association, the U.S. Dairy Export Council and countries including the United States, Australia, Brazil, non-governmental organizations, and the UN Food and Agriculture Organization (FAO) to become part of the SPG Coalition to achieve a common goal of a sustainable food system and resource conservation and help combat challenges such as food security,” said Lowry. “We look forward to working with the United States, the FAO, and other stakeholders on this critical effort for future generations.”