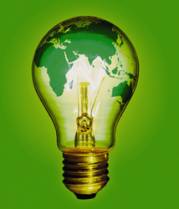 The protection of Intellectual Property Rights (IPRs) is a central enabling condition for innovation, stimulating investment and disseminating new greener technologies and knowledge. But in recent years, IPR protection is being challenged in a range of international forums, including the United Nations Framework Convention on Climate Change and the UN Post-2015 Development Agenda.  Critics assert that IP protection increases costs and impedes access.

USCIB joined eight other business associations in signing a letter to U.S. cabinet officials calling upon the U.S. government to resist “persistent efforts” by a small group of countries and NGOs to undermine American innovation for environmental technologies. The letter focuses on major international policy decisions that will be reached covering climate change and a wide array of other economic, social and environmental policy priorities this year in New York and Paris. It underscores the importance of avoiding inclusion of IP protection in the Paris climate agreement, and discouraging the proliferation of bureaucratic and redundant technology forums.

“These countries assert that environmental technology and other manufacturing IPRs prevent technology diffusion and undermine socio-economic development – without any evidence, in the face of practical experience and despite a vast body of academic literature to the contrary,” the letter stated, which was sent on July 29 to Secretary of State John Kerry, USTR Michael Froman and Secretary of Commerce Penny Pritzker.

USCIB advocates for polices that enhance innovation, such as IPRs, as vehicles that support and encourage environmental and development goals.

Find out more about USCIB’s engagement with the UN climate talks and the UN Post-2015 Development Agenda.

This entry was posted in News Stories, Sustainable Development and tagged Corporate Responsibility and Labor Affairs, Environment.
Posted on July 29, 2015