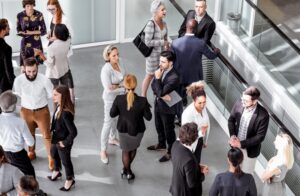 In their interventions, both Robinson and Donnelly emphasized the importance of international private investment in driving global economic recovery, growth, and job creation and in achieving the UN Sustainable Development Goals (SDGs). It is imperative to business that investment decisions are backed by strong and enforceable international investment agreements (IIAs). Some foreign government representatives seem intent on weakening, even eliminating important “Investor-State Dispute Settlement” arbitration procedures, which can protect foreign investors from arbitrary and discriminatory treatment by host governments.

“We thought it was important to step forward again at this year’s World Investment Forum to ensure business perspectives were represented,” said Robinson. “I think we at USCIB have developed a good relationship with the leadership at UNCTAD and have helped to emphasize the importance of including business voices in their meetings. Investment is such an important issue as the world struggles for economic recovery, growth, good jobs and progress toward the UN SDGs. And forward progress will depend on strong multi-stakeholder collaboration, with UNCTAD being a key organization in bringing all relevant parties together. I also appreciated the opportunity to connect with UNCTAD’s new Secretary General Rebeca Grynspan, former Vice-President of Costa Rica.”

UNCTAD’s World Investment Forum continues on line virtually for the rest of the week. We will monitor sessions for important developments.