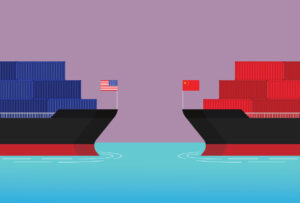 USCIB members and staff played leading roles in the April 23 China Expert Group’s preliminary meeting to preview and discuss Business at OECD (BIAC) presentations that will be made at the kick-off session of the OECD’s Informal Reflection Group on China in May. During the preliminary meeting, BIAC experts, including USCIB Senior Advisor Shaun Donnelly and Dell’s Eva Hampl (formerly USCIB and now a Vice Chair of BIAC’s China group), advanced key points that BIAC will emphasize including on state-owned enterprises (SOEs), investment, innovation and digitalization, and climate neutrality.

With regards to SOEs, Donnelly and others emphasized the importance of including provisions on SOEs in future investment and trade agreements, updating World Trade Organization (WTO) rules on subsidies, drawing China into multilateral consensus on export and development finance, as well as engaging China to reduce excess capacity in steel and rejoin the Global Forum on Steel Excess Capacity. The investment dialogue between China and the OECD should also be intensified and made more substantive, rather than political, according to Donnelly. Updating the investment policy review of China is also critical since the last review was done in 2008.

On innovation and digitalization, Donnelly noted the need to review efforts to onshore production in the name of supply chain resiliency, to study global value chains to ensure that policies are driven by OECD-generated facts and not politics and protectionism, to foster cooperation on IT and Artificial Intelligence (AI) information-sharing and standards’ development, engaging China on implementation and dissemination of AI principles and policies, as well as monitoring and acting on China’s development of virtual currency along with its impact on major currencies.

“Engaging China on harmonizing carbon pricing and emission trading schemes, pushing China more toward sustainable investment policies at home and abroad (such as their Belt and Road projects use of fossil fuels) and continuing to press for mitigation and strong environmental commitments from China is key,” said Donnelly.

Donnelly also led a discussion urging BIAC, as a business forum, to press the OECD and its member governments for substantive reform and results in its engagement with China and to worry less about protocol and diplomatic formalities.

“It was great to have USCIB and American business actively involved in BIAC’s preparations for this important China strategy session at the OECD,” added Donnelly.  “With a new Secretary General coming to OECD in June, a new U.S. Administration looking to play a leadership role at the OECD, and steadily growing concerns around the world about some of China’s policies and practices, it’s vital that Business at OECD and its American members focus on these issues of how the OECD can play a useful role with China.”

Donnelly added: “Eva Hampl from Dell did a great job leading Friday’s discussion on the innovation and digitalization issues.  She and I look forward to our roles as BIAC lead speakers in the session with the OECD China group.  It was also great to see several USCIB members logging on for the BIAC discussion, confirming that China issues, broadly defined, remain important priorities for USCIB and its broad, cross-sectoral membership.”

If members have issues, questions or suggestions related to this BIAC and OECD effort on China, please contact Allice Slayton Clark (asclark@uscib.org).

Until his retirement from USCIB in April 2020, Shaun Donnelly led USCIB’s work on foreign investment policy, treatment of multinational and state-owned enterprises and financial services. In retirement, he now serves as a part-time Senior Advisor to USCIB leadership. A career diplomat in the U.S. Department of State’s Foreign Service, Donnelly joined USCIB’s Washington office in 2011 after a thirty-six-year career in U.S. government service. With USCIB, Donnelly became a leading spokesman around the world for U.S. and international business on international investment policy issues.
Read More