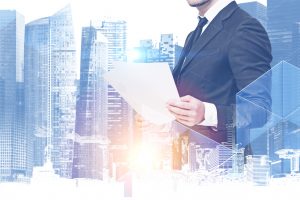 Lauren Mandell, an international investment expert from the Washington DC office of USCIB member WilmerHale and a former deputy assistant U.S. Trade Representative for investment policy, represented USCIB at the October 14-18 meeting of the United Nations Commission on International Trade Law (UNCITRAL) Working Group III in Vienna. Mandell was one of a small handful of business and arbitration community observers at this semiannual meeting.

UNCITRAL’s Working Group III is focused on “reforming” the Investor-State Dispute Settlement (ISDS) arbitration system, which is widely used to resolve investment disputes between host governments and foreign investors. Some governments and civil society activists have long criticized the ISDS system. In recent years the European Union has jumped on board, aggressively pushing its proposal for a government-dominated multilateral investment court and appellate mechanism to replace traditional ISDS. According to Mandell, even long-standing U.S. government policy supporting a high-standard ISDS system has wavered.

“It was very valuable to have an experienced, eloquent investment policy expert like Lauren participating in this important investment policy body,” said USCIB Vice President for Investment Policy Shaun Donnelly. “Although UNCITRAL may be, to some, an obscure UN agency, it’s where the action is these days on international investment policy and, specifically, on ISDS. We at USCIB and many of our member companies see ISDS as a key pillar for global Foreign Direct Investment (FDI) decisions. We will continue to work with Lauren, the U.S. government and our members in UNCITRAL and beyond to defend strong investment protections.”

The next meeting of UNCITRAL Working Group III, scheduled January 20-24, 2020, will be critically important for the business community because the meeting will focus on the EU’s proposed multilateral investment court. For more information, contact Shaun Donnelly or Lauren Mandell (lauren.mandell@wilmerhale.com) for further information.