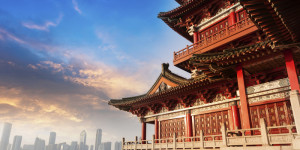 On the heels of both the U.S.-China Strategic & Economic Dialogue (S&ED) and the visit of Chinese Premier Li Keqiang to the OECD Headquarters in Paris, USCIB held an important briefing with members to discuss ongoing U.S.-China and OECD-China engagement. USCIB and members met with representatives from several U.S. government agencies, the OECD and the Electronic Industry Citizenship Coalition (EICC) on Wednesday, July 22 at Foley & Lardner LLP in Washington, D.C.

Audrey Winter from the USTR China Office, Michael Tracton from the Office of Investment in the State Department’s Economic Bureau and Zhao Li from the Department of Labor discussed outcomes of the S&ED regarding trade, ICT, investment and labor. Tracton also discussed the increasing collaboration between the OECD and China, which is exemplified by the recent agreement of Primer Li and OECD Secretary General Angel Gurría to develop an OECD-China work plan, as well as collaboration on Chinese responsible business conduct.

The second panel included the State Department’s head on conflict minerals, Eileen Kane, who reported out on her recent trip to China, where she met with several Chinese officials and agencies to gain important connections and advance the relationship with China in regard to conflict minerals. Tyler Gillard, head of sector projects and legal adviser in the responsible business conduct unit from the OECD’s Investment Division, also joined by video conference to provide an overview of the OECD’s broader outreach and capacity-building on conflict minerals with the China Chamber of Commerce. Tara Holeman, program director from EICC, discussed the Conflict-Free Sourcing Initiative (CFSI), which has been developed in line global standards including the OECD Due Diligence Guidance for Responsible Supply Chains of Minerals and the U.S. Dodd-Frank Wall Street Reform and Consumer Protection Act.

This entry was posted in Growth, Jobs and Open Markets, News Stories and tagged China.
Modified on September 17, 2015
Posted on July 28, 2015