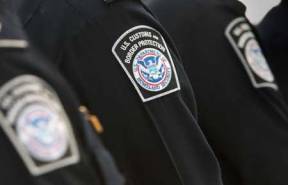 The bills, released by the majority and minority leaders of the House Subcommittee on Trade, were introduced at the end of the 112th Congress to give stakeholders an opportunity to comment on the legislation, a step that was welcomed by the trade community after several years of waiting for a customs re-authorization bill.

The bills would codify new pilot programs, such as Centers for Excellence (CEE), authorize critical funding for crucial programs such as the Automatic Commercial Environment (ACE), and mandate public-private partnerships between the Department of Homeland Security, the Department of Treasury, Customs and Border Protection, and the private sector. The two drafts are virtually identical in content, except for Title III on Prevention of Evasion of Antidumping and Countervailing Duty Orders.

“USCIB applauds the common ground struck in the remaining sections of the bills, and we remain very hopeful that the parties will soon reach an agreement on the two percent that differs,” said Jerry Cook, vice president of government and trade relations with Hanesbrands and chair of USCIB’s Customs and Trade Facilitation Committee  “We cannot afford to let the opportunity to achieve a long awaited customs reauthorization bill pass by and we encourage Congress, CBP and the trade community to work together to strike a balance between trade facilitation and enforcement measures.”

In addition to Cook and Deylami, USCIB was represented by members from DHL; UPS; eBAY; Sandler, Travis & Rosenberg; Barnes, Richardson, and Colburn; 3M; TechAmerica; and Oracle.