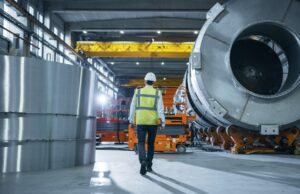 USCIB submitted a letter to the Biden administration lauding its recent decision to engage in World Trade Organization (WTO) negotiations to facilitate trade in services, but urging a more ambitious outcome.

A plurilateral negotiation involving sixty-four nations, the Joint Statement Initiative (JSI) on Services Domestic Regulations (SDR) seeks to streamline and make more transparent domestic regulations governing services covered under the 1995 WTO General Agreement on Trade in Services (GATS). This would largely target rules that authorize the supply of services such as licensing and qualification requirements and procedures, as well as technical standards relating to trade.

The August 2 letter, co-signed by the U.S. Chamber of Commerce and National Foreign Trade Counsel, requests U.S. Trade Representative Katherine Tai to press like-minded nations to maximize the agreement’s potential by extending the proposed disciplines on regulations to a broader set of services sectors.

“While the JSI would be meaningful as currently considered, it would be far more beneficial to extend the disciplines beyond the sectors under GATS, which are uneven in coverage and out of date,” said USCIB Director for Investment, Trade and China Alice Slayton Clark.

Services trade comprises nearly half of global trade in value-added terms and has grown at twice the rate of merchandise trade over the past decade. Yet it costs double to trade in services compared to goods. According to the letter: “streamlining and updating regulatory regimes in the broadest array of services sectors will go far in correcting this inequity.” It would also contribute to global economic recovery, providing a boost to a sector disproportionately harmed by pandemic shutdowns and travel restrictions.

A copy of the letter is available here.