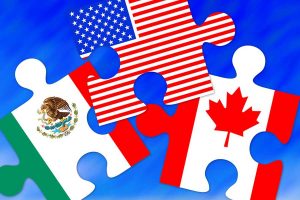 As negotiations between the United States, Canada and Mexico to update the North American Free Trade Agreement got underway last week in Washington, D.C., USCIB President and CEO Peter M. Robinson was quoted in Chief Executive magazine as saying that the talks provided a valuable opportunity to update an agreement that has been in place for more than two decades.

“Negotiators can do this especially by addressing such issues as digital trade, cross-border data flows, streamlined customs processes, treatment of state-owned enterprises and regulatory coherence,” said Robinson. “But negotiators should preserve those parts of NAFTA that have worked well for U.S. business. These include the investor protection provisions, including a strong investor-state dispute settlement framework. Access to strong ISDS arbitration procedures can be especially important for smaller companies, given their greater vulnerability to costly, protracted legal battles in foreign courts.”

In June, Robinson contributed an op-ed to The Hill outlining USCIB’s goals for NAFTA modernization.