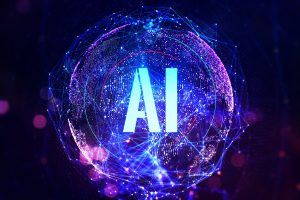 As the National Institute of Standards and Technology (NIST) works on its principles of explainable “Artificial Intelligence (AI),” USCIB welcomed an opportunity to submit comments on behalf of its members. The comments, sent to the NIST Director and Undersecretary of Commerce for Standards and Technology Dr. Walter Copan, draw from industry experience, as well as from USCIB’s direct input to the development of the OECD’s AI Principles through USCIB’s affiliation with Business at OECD (known as “BIAC”).

“NIST’s effort represents a positive first step in terms of grappling with the issue of AI explainability,” remarked USCIB Vice President for ICT Policy Barbara Wanner. “The draft, and NIST’s broader program to develop approaches to AI trustworthiness, should significantly contribute to the private and public sector’s understanding of the many considerations necessary to implement AI, while ultimately enabling broader, faster and more responsible use of AI. We believe that, to be most effective, humans and machines should collaborate, combining their respective strengths to provide sustainable value for consumers, businesses, governments and society.”

In its comments, USCIB also highlighted the work of USCIB members such as Facebook, Google, IBM and Microsoft within an Experts Group that developed the OECD’s AI Principles. The U.S. government also contributed actively to the development of the OECD principles, under the leadership of the State Department.  On May 22, 2019, the OECD’s 36 member countries, along with Argentina, Brazil, Colombia, Costa Rica, Peru, and Romania,  endorsed the OECD Council Recommendation on Artificial Intelligence. The principles contained in the recommendation were subsequently endorsed by the G20.