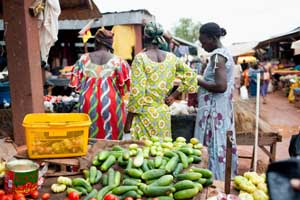 The Second International Nutrition Conference (ICN2) will take place this November, and in the lead-up to the conference the FAO released a draft of its Framework for Action, a 10-year plan of action meant to provide key priorities to governments and other stakeholders for improving people’s nutrition in a sustainable way.

USCIB has participated in the FAO consultation on the framework, and on Monday released comments responding to the framework’s language which will be the basis for adopting major policy guidelines and strategies and for developing and updating national plans of action and investments to improve nutrition.

“USCIB appreciates the opportunity to provide input to the FAO consultation and believes it is essential that all stakeholders work together to develop a global food system to further improve people’s nutrition in a sustainable way,” said Helen Medina, USCIB’s senior director of product policy and innovation.

However, USCIB identified several problems with the draft’s language, particularly clauses that either ignore or downplay industry’s contributions to alleviating malnutrition, no definitions about vague terms such as “nutrition justice” and “highly processed foods of minimal nutritional value,” a tone that implies that trade and investment is bad for developing countries, and a failure to recognize that self-regulation with regard to the food and beverage industry has been beneficial.

USCIB found that the framework draft in general contained limited language that acknowledged the food industry’s importance and the need for multilateral organizations to engage industry as a full partner in deciding strategies and common goals for addressing malnutrition. Industry is also keen on underscoring the importance of employing “knowledge and evidence-based programs” to combat global hunger and nutrition-related diseases.

USCIB noted that the phrase “nutrition justice” isn’t defined and that the boundaries of the concept are unclear. USCIB recommends removing the term and instead focus the document on the action steps required to achieve explicit nutrition targets. The same critique was made of the term “highly processed foods of minimal nutritional value.” Medina wrote “The lack of either a definition or an evidence base linked to those definitions, should dictate that this statement is not appropriate for inclusion in the WHO/FAO Framework For Action document.”

Similarly, USCIB took issue with the framework’s priority actions for nutrition governance, arguing that there is a lack of clarity “as to how all these platforms, mechanisms, processes and reporting relate to similar activities either in place or proposed by WHO and the UN” and that “There appears to be significant potential for redundant, duplicative and overly burdensome processes that could present significant obstacles to achieving real progress.” USCIB noted that the framework should spell out what the roles and responsibilities among the various multi-lateral organizations involved in addressing global malnutrition.

Be Wary of Tax Incentives

Because fiscal policy is complex and often has unintended consequences, USCIB expressed caution with regard to plans to use taxes as incentives for healthy diets. USCIB argued tax rates should be kept low on food, especially for low-income individuals who spend a larger portion of their paycheck on food.

Regarding the framework’s language on trade and investment in agriculture, Medina wrote, “There appears to be a presumption underlying this section that the impact of trade and investment is primarily negative, despite the fact that no evidence is offered to support this presumption and despite significant evidence to the contrary, including FAO and WTO reports, indicating that increased trade, particularly in agriculture and food, increases the standard of living in developing countries and improves the performance of national economies.  This section continues this presumption with respect to trade and nutrition specifically, not by providing any evidence of harm, but by implication simply constructing each proposition in the negative.  Without any science or evidence basis, this entire section should be reconsidered.”

Support Nutrition Education and the Role of Women

USCIB agrees with the framework that nutrition education is key to addressing global malnutrition, and that all stakeholders must work together to effectively educate consumers through labeling and nutrition programs on food.

“The private sector believes it is essential that all stakeholders work together to develop holistic, impactful and sustainable solutions,” said Medina. “We are committed to public-private partnerships that support public health strategies.”

This entry was posted in Business In Society, Competitiveness and Innovation, Latest from USCIB, Sustainable Development and tagged Food and Agriculture, Product Policy.
Modified on February 22, 2017
Posted on August 19, 2014