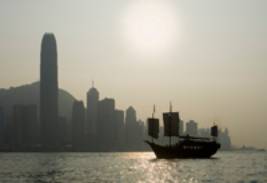 On October 16, USCIB submitted its 2012 statement to USTR on China’s compliance with its WTO commitments following an earlier Federal Register Notice. USCIB’s Justine Badimon, manager of the China Committee, worked with members from across industry sectors to compile the latest issues and update areas of last year’s report to reflect the current state of affairs.

As in previous reports, USCIB commended the work over the last year of both the U.S. and Chinese governments at maintaining the momentum of important bilateral dialogues such as the U.S.-China Joint Commission on Commerce and Trade (JCCT) and the Strategic & Economic Dialogue (S&ED) as well as several working relationships between U.S. and Chinese agencies, such as the Environmental Protection Agency (EPA) and China’s Ministry of Environmental Protection (MEP). Engagement and exchange of best practices with the Chinese government and business community is a productive approach to addressing our current challenges.

While the positive influence of these dialogues and resulting commitments and outcomes is clearly noted, throughout the report USCIB members detail the on-going concerns with China’s compliance with its WTO commitments in horizontal areas (anti-dumping, certification, licensing, IPR, government procurement, market access, regulatory environment, standards, SOEs and taxation) sector specific concerns (ag bio, audiovisual, chemicals, customs, electronic payments,  express delivery, pharma, software, telecommunications) and finally in a third section which gives examples of certification licensing and testing requirements. Across all sectors, members call for more transparency and better efforts at consistency with regard to China’s regulatory agencies as well as increased efforts at meeting their WTO obligations. If you would like to receive a copy of the 2012 report, please contact USCIB’s Alexandra Garcia at agarcia@uscib.org

Following the submission of the Report to USTR on October 18 in Washington, DC the USCIB China Committee and Trade & Investment Committee met for a briefing with Audrey Winter, deputy assistant USTR for China Affairs. The meeting was held at the offices of Holland & Knight and chaired by Tad Ferris, partner of Holland & Knight and current co-chair of the USCIB China Committee.   This was a timely meeting considering the political climate in both economies, the U.S. presidential election and China’s 18th Party Congress where Xi Jinpeng will be officially announced as new party leader replacing President Hu. Winter briefed the group on the current environment of bi-lateral economic relations between the U.S. and China and gave a snapshot of what is currently on the agenda for USTR with regard to China. Winter reported that at this time there is no public date for the next JCCT meetings but there is hope that there may be a meeting before the end of the year.

The China Committee looks forward to meeting with Winter again for future meetings to follow-up on concerns listed in the WTO report as well as other issues. The meeting also included a reporting out on recent U.S. Government restrictions on Chinese investment by Ron Oleynik, partner of Holland & Knight, and concluded with next steps for the Committee.  A summary of the discussion will be circulated to Committee members.

We thank all USCIB members who took the time to participate in the drafting of our 2012 WTO report and thank those who attended the October 18 meeting.

2012 Report on China’s Compliance with its WTO Commitments

This entry was posted in Policy Positions and Statements and tagged China.
Posted on October 22, 2012