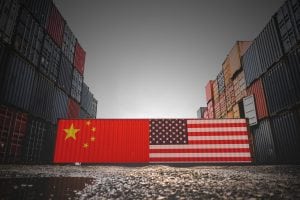 In response to the recent escalation of tit-for-tat tariffs between the United States and China, USCIB submitted comments on June 17 to the office of the United States Trade Representative (USTR) on the proposed modification to Section 301 regarding China’s policies and practices related to technology transfer, intellectual property and innovation. USCIB members are concerned that proposed tariffs on essentially all Chinese imports will stifle the U.S. economy and will not achieve the Administration’s goal of changing China’s behavior.

Following this submission, USCIB’s China lead Eva Hampl is getting ready to testify at USTR on Friday, June 21. “While China’s forced technology transfer requirements, state interventions, and other unfair trade practices harm many U.S. companies, workers, consumers, and competitiveness, these tariffs can also similarly endanger the U.S. economy,” warns Hampl. “Specifically, this proposed list now includes categories of products that only impact U.S. companies, and not their global competitors. Ceding market share to competitors is not weakening the Chinese economy, it is merely weakening the U.S. market.”

USCIB also joined with Tariffs Hurt the Heartland, alongside 661 other companies and association, to send a letter to President Trump on June 13 urging the administration to negotiate a strong deal with China that addresses longstanding structural issues, improves U.S. global competitiveness and eliminates tariffs. “This goal can be achieved without taxing Americans,” the letter emphatically stated.

The letter also stated that “broadly applied tariffs are not an effective tool to change China’s unfair trade practices” and would “result in the loss of more than 2 million U.S. jobs, add more than $2,000 in costs for the average American family of four and reduce the vale of U.S. GDP by 1.0 percent.”