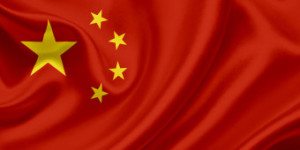 The economic relationship between the United States and China is both vital and complex, and U.S. business holds an important stake in this relationship’s success. Since China joined the World Trade Organization in 2001, the United States Trade Representative has submitted a yearly report to Congress on China’s compliance and commitments to its WTO accession. As part of this submission, USCIB is invited to provide a statement to USTR on behalf of its members, providing feedback, comments and recommendations on China’s compliance with its WTO commitments.

USCIB appreciates the significant efforts China has made since joining the WTO to meet its obligations under the terms of its accession agreement. However, there still remain general WTO obligation compliance concerns. Broad business concerns are listed below, excerpted from USCIB’s statement:

China’s Antimonopoly Law (AML): Chinese antitrust enforcement authorities continue to use the AML as a tool to advance industrial policies goals and limit competition by U.S. and other foreign companies. While we support China’s efforts to address anti-competitive practices, Chinese regulators have repeatedly used AML enforcement against U.S. companies absent any proof of market power or anti-competitive harm, and often in disregard of basic norms of fairness, due process, and transparency. USCIB members urge the U.S. government to continue to focus on this issue and its effects on U.S. companies.

National Treatment and Non-Discrimination: Chinese authorities continue to use a variety of policy tools and regulatory measures—including AML enforcement (described above), technology standards policies, IPR enforcement practices, and licensing and investment reviews—to compel transfer of U.S. IP or technologies to Chinese entities at below-market rates and to exclude U.S. companies from full and equal participation in the Chinese market. USCIB members continue to call on China to abide by their WTO commitments of national treatment and non-discrimination and ensure a competitive market that allows for foreign business participation on a level playing field with domestic Chinese firms.

IT Security Measures: Chinese policymakers and regulators have recently proposed or enacted a variety of trade-restrictive and discriminatory requirements on information technology (IT) under the guise of protecting security. These measures, many of which require the use of IT products that are “secure and controllable,” disadvantage U.S. firms by requiring Chinese IT users to purchase Chinese products or suppliers, imposing domestic R&D or content requirements, requiring the transfer or disclosure of source code or other IP, restricting cross-border data transfers, and in other ways. USCIB members urge the U.S. government to continue to press for full suspension of all existing and proposed measures involving trade-restrictive requirements in this area.

This entry was posted in Growth, Jobs and Open Markets, News Stories, Policy Positions and Statements and tagged China.
Modified on September 29, 2015
Posted on September 28, 2015