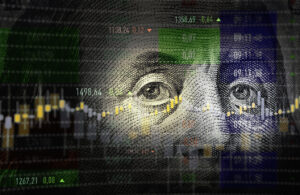 USCIB submitted a letter to officials in the U.S. Department of State and the U.S. Trade Representative regarding ongoing negotiations on reform of Investor-State Dispute Settlement (ISDS) in the United Nations Commission on International Trade Law (UNCITRAL) Working Group III.

“USCIB has been the lead private sector observer delegation throughout these negotiations and has long been a leading voice for the U.S. private sector on international investment policy issues,” said USCIB Director of Investment, Trade, and China Alice Slayton Clark.

The letter emphasized several policy issues of concern to the U.S. business and industry community, including the European Union’s ill-conceived proposal to replace ISDS with a multilateral investment court, which the United States has opposed under successive Democratic and Republican administrations.

According to Clark, “we have seen almost no support for the court amongst U.S. stakeholders, including business, labor, and environmental groups.”

The letter also noted that UNCITRAL WG III is considering other “reforms” to ISDS that would be unfavorable to U.S. business. For example, some states have proposed that investors who own shares in a foreign company should be prohibited from seeking a remedy for damages to their investments if they do not control the company. Such an approach would leave U.S. investors entirely without a remedy in many cases, even where the law requires them to invest through a joint venture with local partners.