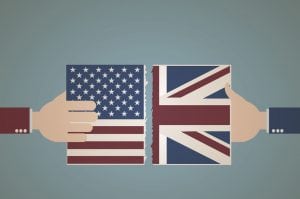 Given a recent request for comments by the United States Trade Representative (USTR), USCIB submitted negotiating objectives for a U.S.-UK Trade Agreement on January 16. USCIB believes that continued U.S.-UK free trade is overwhelmingly in the interests of both countries and their global trading partners, provided that the agreement is a high standard and comprehensive bilateral trade and investment agreement. The UK is an important trade partner for the United States, currently being the seventh largest goods trading partner of the United States. U.S. goods and services trade with the UK totaled an estimated $231.9 billion in 2017, with exports totaling $123 billion.

“USCIB’s submission is based on the assumption that the UK will be successful in exiting the EU by March 29, 2019, allowing for the ability to negotiate trade agreements with trade partners outside of the EU,” said Eva Hampl, senior director for investment, trade and financial services. “With that in mind, priority issues for negotiations of a U.S-UK Trade Agreement raised in our submission include digital trade (including cross border data flows, forced localization, cybersecurity and digital taxation), intellectual property, media and entertainment services, financial services, electronic payment services, customs and trade facilitation, express delivery services, regulatory cohesion, investment, government procurement, and chemicals.”

The submission also emphasized the importance of improved regulatory cohesion across the United States, the UK, and the European market, which would likely be among the greatest gains from a future trade agreement between the United States and the UK.

“The objective of such improved regulatory cohesion is to facilitate trade in a way that ensures the existing market remains intact,” added Hampl. “It should thus be a key component in furtherance of the liberalizing trade objective that is driving the U.S.-UK trade relationship.”

USCIB’s submission also recalled its support of a comprehensive, high-standard Transatlantic Trade and Investment agreement, eliminating of tariff and no-tariff barriers on goods and services trade, including between the United States and the UK. The range of issues that were on the table at the time, ranging from strong investment protections, to increased trade facilitation, and regulatory coherence, continue to be of great importance to USCIB members.

USCIB will also provide testimony at the public hearing scheduled to take place on January 29, 2019 before the Trade Policy Staff Committee (TPSC) at the United States International Trade Commission.