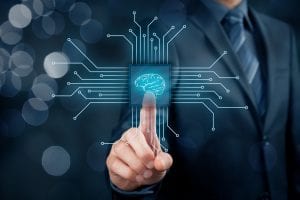 EB’s Office of Intellectual Property Enforcement focuses on substantive IPR issues, including a lot of interagency coordination.  The IO Bureau’s Office of Specialized and Technical Agencies focuses more specifically on the institutional, budget and management issues around WIPO.

“WIPO remains a mixed bag for the U.S. government as it does for industry – some useful work but also some deep frustrations whether WIPO is really a strong advocate and enforcer of IPR policies or more of ‘development organization’ more intent on justifying exceptions to strong IPR rules and regulations,” noted Donnelly.

At the meeting, Michener, who leads USCIB’s policy work on intellectual property and innovation, discussed USCIB’s priorities on IPR issues and plans to take a team of member companies for a series of high level meetings at WIPO as part of USCIB’s “Geneva Week”  May 6-10.

“USCIB and especially our IPR Committee will stay in close touch with State and other key U.S. government agencies on the full range of important issues,” said Michener.

Michael Michener is USCIB’s vice president of product policy and innovation, joining USCIB in early 2017. Michener is a former administrator of the U.S. Foreign Agricultural Service who has also served as a U.S. trade diplomat and association executive. Michener most recently served in Brussels as director of multilateral relations for CropLife International, representing the association before a range of international organizations – including the UN Food and Agricultural Organization, the UN Environment Program and the UN Framework Convention on Climate Change – on issues related to crop protection products and agriculture biotechnology.
Read More