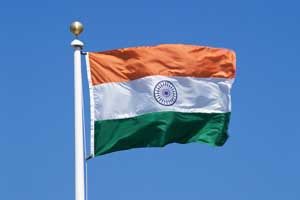 Although trade issues accounted for a small part of their sessions, Modi reaffirmed India’s position in the struggle to implement the World Trade Organization’s Trade Facilitation Agreement, refusing to back down from his push to shield India’s food security programs from the TFA’s legal challenges. Both leaders were hopeful for a resolution to the impasse but made no firm commitments.

Prior to Modi’s meeting with Obama, USCIB joined other trade associations in signing a letter to President Obama urging the president to prioritize the TFA. The letter underscores the importance of the agreement and notes that India’s actions not only undermine the global trade system, but also call into question the future of WTO multilateral agreements.

“We were hopeful that during the Prime Minister’s visit, progress would have been made on the current impasse with India,” said Kristin Isabelli, director of customs and trade facilitation at USCIB. “It is vital that a path forward is found for the future and credibility of the WTO.”

WTO members signed on to the TFA last December as part of a package of trade reforms agreed to at the Bali ministerial. Once adopted, the TFA would streamline global customs procedures, committing developing and least developing countries to facilitate imports with aid from the developed world. The agreement is also estimated to add $1 trillion to the global economy and create 18 million jobs in developing countries. India stunned the international community when it blocked implementation of the TFA in July as it sought to leverage new concessions on food subsidies. WTO members have since failed to resolve the stalemate.

“With an agreement that would create millions of jobs and specifically help least developing countries and developing countries, it is highly disappointing that progress couldn’t be made on finding a solution to this impasse with India,” said Isabelli.

This entry was posted in Growth, Jobs and Open Markets, Latest from USCIB and tagged Customs and Trade Facilitation, Trade and Investment.
Posted on October 1, 2014