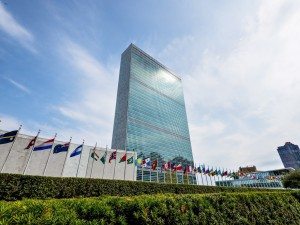 The letter recommends an assessment of U.S. engagement in the international environmental arena and proposes an ongoing dialogue with U.S. business groups familiar with those deliberations to inform the administration.

While a growing number of United Nations agencies are increasingly restricting the private sector and excluding business representatives from key meetings, USCIB’s statement urges the administration to insist that UN bodies conduct their work with transparency and accountability to economic stakeholders in the United States.

USCIB’s letter is timely given Tillerson’s first international trip this week as secretary of state to the Group of 20 (G20) meetings in Bonn, Germany. According to the Chicago Tribune, Secretary Tillerson will meet G20 envoys in Bonn to discuss the UN 2030 Agenda for Sustainable Development and climate change.

USCIB Vice President for Strategic International Engagement, Energy and Environment Norine Kennedy commented on the importance of maintaining a strong U.S. presence, noting: “The proliferation of environmental and climate change policies on the global agenda demands that the administration remain an active member of the international environmental community to further and defend U.S. business and economic interests, while tackling climate change and other universal environmental challenges.”