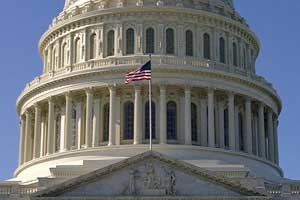 USCIB is among approximately 90 American business and industry associations to have signed a letter to Senate Majority Leader Mitch McConnell and Senate Minority Leader Charles Schumer, urging the Senate to take expeditious steps to ensure the timely confirmation of qualified pending nominees to administration positions.

“The slow pace of confirmations is depriving agencies across the government of critical leadership and in the case of independent agencies, the quorum necessary to conduct critical business,” reads the letter.

Additionally, it notes: “The breakdown of the confirmation process results in a breakdown in the efficient and effective functioning of government and ultimately to a drag on the economy. Workers are sidelined as projects await permits from agencies that lack the quorum necessary to issue the permit. Businesses are left waiting for important administrative decisions that simply cannot be made in the absence of Senate-confirmed officials.”

To date, among President Donald Trump’s 283 executive and judicial nominations, only 67 have been confirmed. Of those 67, only 13 were confirmed by voice vote or unanimous consent, while 37 (55%) were confirmed only after going through the cloture process. By way of comparison, at approximately the same point in President Obama’s first term, the Senate had confirmed 206 nominees, 182 by voice vote or unanimous consent.

The full letter, along with the list of signatories, can be found here.