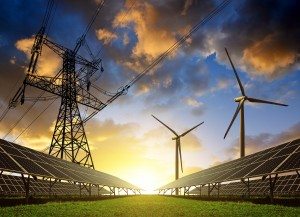 With senior advisors in the Trump administration set to meet tomorrow to discuss U.S. engagement in the UN and other international climate change discussions, USCIB has urged the administration to keep the U.S. seat at the table.

Earlier this month, in a letter to the White House, USCIB President and CEO Peter M. Robinson wrote: “In spite of challenges and shortcomings in the UN climate policy arena, USCIB reaffirms its support for the United States to continue as a Party to the UN Framework Convention on Climate Change (UNFCCC) and the Paris Agreement.”

However, USCIB’s letter, which was sent April 17 to National Economic Council Director Gary Cohn, explicitly recommended that the U.S. place a number of conditions on continued engagement, including reassessing existing U.S. emissions reduction and related commitments under the Paris Climate Agreement in the context of broader consultation with the private sector.

The letter further recommended that the U.S. insist on greater access and transparency in the UN climate negotiation process for U.S. economic stakeholders, call on the UN to discourage unilateral trade measures related to climate, and work through the UN and other international forums to foster speedier development and deployment of environmentally sound technologies.

“Addressing climate change and its impacts will require a long-term international cooperative approach with due attention to national circumstances and priorities to assure ongoing economic development,” Robinson wrote. “USCIB members are convinced that U.S. engagement and leadership are required to champion economically sound approaches to energy and climate change risks that advance U.S. economic prosperity and create new job and market opportunities for U.S. businesses at home and abroad.”