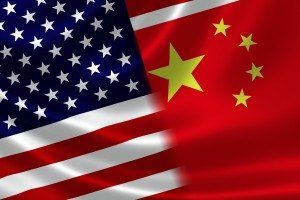 In light of the Trump administration’s proposed Section 301 tariffs on Chinese goods, USCIB sent comments last week to the U.S. Trade Representative Robert Lighthizer expressing concern about the potential unintended negative consequences the proposed tariffs will have on sectors vital to the U.S. economy and jobs. With $587.6 billion in total goods trade in 2016, China has become the United States’ largest goods trading partner. China was also the third-largest export goods market in 2016 for the U.S., while U.S. foreign direct investment in China was $13.8 billion in 2016, with the ICT sector alone encompassing $4.34 billion.

Made in China 2025 is considered by many an indication that China plans on further advancing in developing their high-tech industries, such as robotics, advanced information technology, aviation, and new energy vehicles, with the eventual goal of global dominance in those industries through uncompetitive means such as subsidies.

“While this unfair advantage to Chinese companies in the high-tech industry space is a legitimate threat to U.S. leadership in innovation, continued engagement in the Chinese market is also very important for U.S. companies in terms of their ability to be globally competitive,” emphasized Hampl. “USCIB members are very concerned that these proposed tariffs will stifle the U.S. economy, and not achieve the important goal of changing China’s behavior in the space of emerging technologies and intellectual property rights. China’s threat of retaliation further exacerbates uncertainties caused by this proposed action. Rather than create more opportunities for U.S. business, sweeping tariffs will stifle U.S. agriculture, goods, and services exports and raise costs for businesses and consumers.”

The comments urge the administration to use this public comment period to listen to USCIB members and other U.S. stakeholders who explain how they will be directly affected by the proposed tariffs.

“It is critical that the administration exclude from its tariffs particularly those products that cannot feasibly be replaced by non-Chinese sources, where the harm of potential tariffs would fall more on U.S. businesses, workers, and exporters than on Chinese entities,” said Hampl. “Hurting American exporters cannot be the outcome of a process designed to level the playing field in China.”

USCIB has also signed on to a broader coalition of trade associations to echo these and other business concerns. Additionally, USCIB is co-sponsoring a reception later this week for Hill staff centered around the China 301 hearing, as well as NAFTA, celebrating Great American Jobs Supported by Trade. Finally, USCIB will also testify this week as part of the China 301 hearing.