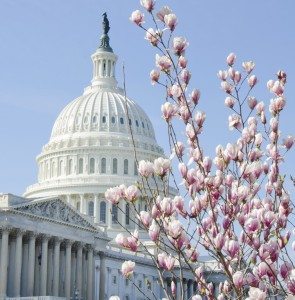 During the months of February and March, 2017, USCIB Staff hosted a conference with BIAC/OECD on Digital Transformation, discussed Brexit with Alexander Lau of the UK government and Chris Southworth of ICC UK, arranged a member briefing with Doug Frantz, Deputy Secretary-General of the OECD, and Bernhard Welschke, Secretary General of Business at OECD (BIAC), presented at the OECD Investment Committee meetings in Paris,  participated in the ICC Trade Committee meetings in London, provided comments on NTIA’s Internet of Things Green Paper, addressed customs issues at the APEC SOM 1 meetings in Vietnam, shared member views at the OECD Meetings on VAT in Paris, and much more. Below are summaries of these and other highlights from the activities of USCIB in Washington, D.C. over the last two months. If you have any questions or comments, or want more information on a specific topic, please contact any of the staff members listed at the end of this brief.

OECD Committee on Digital Economy and Its Working Parties, Paris, France – May 15-19

This entry was posted in Communication Department, Washington Update and tagged Customs and Trade Facilitation, Information Communications and Technology, Taxation, Trade and Investment.
Modified on April 26, 2017
Posted on April 4, 2017