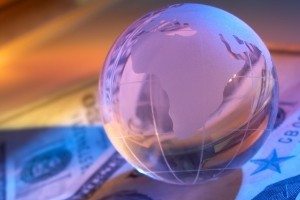 USCIB will host a webinor on Bretton Woods II, New America’s multi-stakeholder platform for reducing global volatility, which will take place Wednesday, March 23 from 11:00 a.m. – 12:00 p.m. EST. This will be the third webinar in the USCIB Corporate Responsibility series; please see below for further information on the series.

To register, please fill out the registration form here.

The non-partisan BWII, led by Tomicah Tilleman, is working with a large coalition of organizations – including the White House, the World Bank, McKinsey, Gates Foundation, and a range of long-term asset holders – to demonstrate that large long-term financial actors (institutional investors like pension funds and sovereign wealth funds) can significantly increase their long-term returns by dedicating a percentage of their holdings to investments that address root causes of volatility, i.e. poverty, corruption, poor governance and the lack of rule of law. Such directed investments can also improve investment climates in countries throughout the world in ways that have a multiplying effect for multinational enterprises. BWII also presents an opportunity for companies with unique competencies to lend their talents to this important endeavor.

Tomicah Tillemann is a leader in the fields of social impact, civic innovation, and diplomacy. He currently serves as Senior Fellow and Director of New America’s Bretton Woods II.

Between 2010 and 2014, Tillemann served under Hillary Clinton and John Kerry as the Secretary of State’s Senior Advisor for Civil Society and Emerging Democracies. Tillemann led a team of experts that operated like venture capitalists in translating promising ideas and technologies into successful foreign policy. He also established and chaired the State Department’s Global Philanthropy Working Group and the State Department’s Federal Advisory Committee on civil society.

Tillemann joined the State Department in 2009 as Secretary Clinton’s speechwriter and collaborated with her on over 200 speeches. Previously, he spent four years on the professional staff of the Senate Foreign Relations Committee as an advisor to Chairmen Joe Biden and John Kerry. Tillemann’s other professional experience includes work with the White House, five U.S. Senate and Congressional campaigns, Reuters New Media, and the World Bank.

This entry was posted in Business In Society, News Stories and tagged Corporate Responsibility and Labor Affairs.
Posted on March 10, 2016