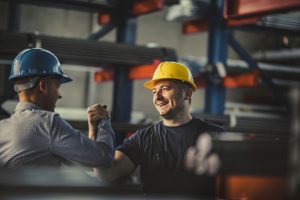 After years of effort by USCIB and a coalition of other trade associations, USCIB welcomed an announcement that the United States has formally ratified the United Nations Convention on the Assignment of Receivables in International Trade, having deposited the instrument on October 17 at the UN Treaty Office in New York.

Enactment of the Convention makes it easier for U.S. small and medium-sized businesses to access additional financing from lenders based on their sales of goods and services to customers located in other countries that ratify the Convention.

USCIB has been urging the U.S. to ratify this convention since 2016 and worked through a coalition to send letters to high-ranking Senators at the Committee on Foreign Relations and the Committee on Banking, Housing and Urban Affairs.

“We need three more countries to ratify the Convention for it to enter into force, and we have an active list of those countries most likely to ratify,” noted USCIB Senior Director for Trade, Investment and Financial Services Eva Hampl.