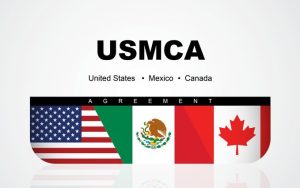 “USCIB welcomes today’s announcement of Senate approval of USCMA following overwhelming bipartisan support of the agreement in the House of Representatives. USMCA is an important agreement for U.S. industry for future economic growth, containing several provisions important to our members modernizing the original NAFTA, like those on digital trade and customs.

While we continue to be concerned about certain provisions including the erosion of vital protections impacting the ability to innovate for our industry leaders, we applaud Congressional support of the agreement supporting over 12 million American jobs that depend on trade with Canada and Mexico. We look forward to entry into force of this important trade deal for U.S. business, and continued dialogue with the Administration on ensuring critical protections will be upheld in future agreements.”

About USCIB:
USCIB promotes open markets, competitiveness and innovation, sustainable development and corporate responsibility, supported by international engagement and regulatory coherence. Its members include U.S.-based global companies and professional services firms from every sector of our economy, with operations in every region of the world, generating $5 trillion in annual revenues and employing over 11 million people worldwide. As the U.S. affiliate of the International Chamber of Commerce (ICC), the International Organization of Employers, and Business at OECD (known as BIAC), USCIB helps to provide business views to policy makers and regulatory authorities worldwide, and works to facilitate international trade and investment. More information is available at www.uscib.org.