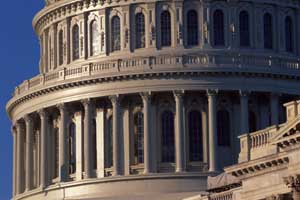 “TPA is essential for the United States to capitalize on new, market-opening agreements with Asia, Europe and other key trading partners,” said USCIB President and CEO Peter Robinson. “Trade delivers better jobs and faster growth. But we won’t be able to complete or implement these pacts without Trade Promotion Authority. So we urge the Congress to act swiftly to pass this legislation.”

Last year, USCIB joined leading business groups in founding the Trade Benefits America Coalition (www.tradebenefitsamerica.org), an effort to educate on the benefits of U.S. trade agreements and advocate for passage of TPA. The coalition is actively working with Congress and the Obama administration, and engaging with state and local officials across the country, to get the facts out about the benefits of trade and build support for TPA.

Robinson cited important progress on several recent trade pacts – including the Trans-Pacific Partnership, the Transatlantic Trade and Investment Partnership, and last month’s breakthrough “Bali Package” in the World Trade Organization – as adding urgency to the need to re-establish TPA, which every president since FDR has enjoyed but which lapsed in 2007.

“The U.S. can compete and win in the global economy, but not with our hands tied behind our back,” said Robinson. “We need TPA, and we need it now.”

This entry was posted in Press Release and tagged Trade and Investment.
Modified on January 27, 2015
Posted on January 9, 2014